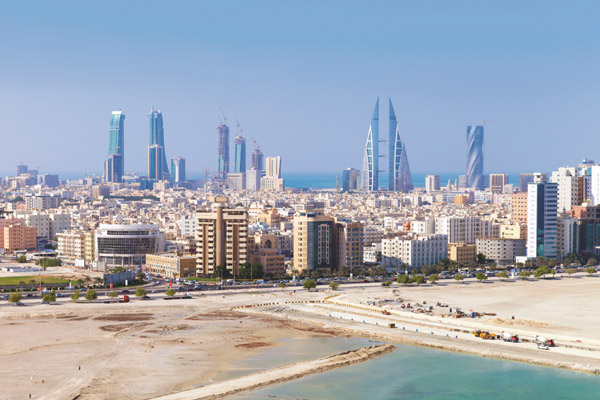 Ever since the first day it was launched on the first of March 2018, Bahrain’s Real Estate Regulation Authority (RERA) has played a pivotal role that has been gaining more prominence and importance till the present day. The reason behind launching this organization was the need for the existence of an independent governmental authority that supervises the activities of buying and selling properties in the Bahraini kingdom, supports its real estate market, and issue laws and regulations that organize it.

However, RERA’s duties were not restricted to the aforementioned points only. It also provides training programs and courses for the real estate market professionals and coach them on the best practices and most recent updates in the market; in addition to that, RERA is responsible for issuing profession licenses for the companies and individuals working in the real estate market.

This step was considered a necessity to a great extent, since the Bahraini investment environment and the property market have been enduring a lot of issues and difficulties because of the poor enforcement of laws and contracts and the inability to guarantee the rights of the minority investors. It is worth mentioning here that the island knigdom’s real estate investment market has been ranked as the 62nd among the countries with the lowest transparency rate.

On the other hand, as per a report issued by the World Bank by the end of 2017 to assess how easy it is to start and run a business, and despite the fact that Bahrain has won an advanced ranks in many indexes, it has recorded low ranks in some vital indexes. Most notably, Bahrain was ranked the 108th country in the protecting minority investors index, the 111th in enforcing contracts index, and the 90th in resolving insolvency index.

Nonetheless, there are multiple advantages that make investing in Bahrain’s real estate a strong attraction for both the regional and international investors; right now, the Bahraini Kingdom maintains the highest return on investment in the whole GCC region as its ROI ranges from 6% to 15%.

In addition to that, the kingdom has achieved high ranks in other indexes. For example, it was ranked as the 75th easiest country to start business in; the 47th in dealing with construction permits; the 79th in getting electricity; the 25th in registering property.

It should be mentioned here that, right after its launching, RERA has obliged the companies and individuals working in the industry to issue their profession licenses from it before the end of August 2018. So far, 45 real estate development licenses and 221 real estate brokers licenses have been issued which amount up to 70% of the total number of workers in the Bahraini real estate market. Also, to support the transparency in the property market, the information regarding those licenses is available on the official website of RERA.

On the other hand, RERA has signed a memorandum of understanding with the Bahraini institute for bank and financial studies to provide professional courses for the real estate industry individuals.

What does RERA seek to achieve within the near future?

It is safe to say that RERA still has a lot of initiatives and laws that it is planning to adopt or issue in the upcoming period. For example, it has been announced that RERA is planning to issue a new rule within the third quarter of 2018 which commits the property developers to create a householders’ association for each of their projects. This rule aims at encouraging the householders and property owners to play an active role in managing the property and its maintenance since most of the residential towers in Bahrain do not have their own household association.

With all of these changes that took place and are still taking place within the Bahraini property market, it is obvious that the investment environment in Bahrain is going through some pivotal shifts which should help overcome its investment obstacles and, therefore, push the kingdom into being one of the leading investment attractions in the GCC region in the near future.