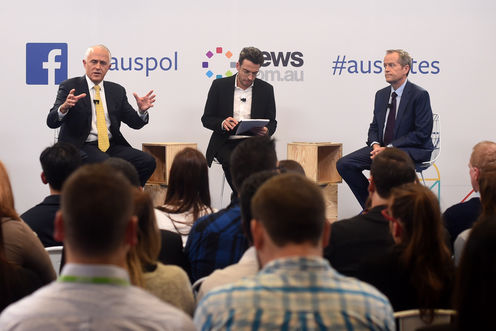 A Labor government would likely have to rely on at least one Senate crossbencher besides the Greens to pass contested legislation, according to an analysis from The Australia Institute, a progressive think tank.

The analysis, based in part on polling but also on historical data, suggests that, at best, after next year’s half-Senate election the ALP and Greens combined could have 38 senators – although more likely they would have 37.

To pass legislation, 39 votes are needed.

Releasing the analysis, the institute’s director, Ben Oquist, said this meant “the Centre Alliance, or independents like Derryn Hinch or a potentially re-elected Jacqui Lambie, are likely to wield significant power”.

The 2016 double dissolution produced a very large crossbench. The larger quota required in a half-Senate election will make it harder for micro parties and independents, as will some changes to the electoral system made in 2016.

Most of the non-Green crossbenchers face election – and defeat. Victorian senator Derryn Hinch, from the Justice Party, told The Conversation’s podcast that he had got about 220,000 primary votes last time but now would need about 400,000. It would be “very tough”, said Hinch, who is campaigning on the slogan “unfinished business”.

Read more: Politics with Michelle Grattan: Derryn Hinch on a national ICAC and the Victorian election

The Australia Institute says the Coalition and Labor are each likely to pick up two seats in each state. The Greens are “well-placed” to win a seat in each of NSW, Victoria, Queensland, Western Australia and Tasmania, while One Nation is well-placed to win in Queensland.

“The remaining seat in NSW, Victoria, Western Australia and Tasmania, and the remaining two seats in South Australia, are likely to be highly contested,” the analysis says.

In detail, it says

…NSW – The Coalition, Labor and One Nation are competitive for the last seat.

… Victoria – Labor, the Coalition and Derryn Hinch are competitive for the final seat.

…Western Australia – The Coalition and One Nation are competitive for the last seat.

… South Australia – The Coalition, Greens, Centre Alliance and One Nation are competitive for the final two seats.

… Tasmania – The Coalition and Lambie are competitive for the last seat.

“The polling by itself does not suggest that the Coalition will pick up the third seat in any state, but our historical analysis suggests that the Coalition is more competitive than the polls alone would indicate”, the Australia Institute says.

“Another wild card is the high Independent/Other polling. Although Jacqui Lambie and Derryn Hinch are contenders in their respective states, there is also the outside but real possibility of independent or minor party pick-ups in other states as well.”

The institute predicts a Senate after the election with the Coalition having between 30 and 35, and the ALP 27-29. It predicts the Greens having 8 or 9 seats, One Nation between 2 and 5, Centre Alliance 2-3, Australian Conservatives one, and others between 0 and 2.

Since the last election the Senate has had many changes, in the wake of the citizenship crisis and defections. The Morrison government needs eight of the 10 non-Greens from the crossbench to pass legislation opposed by Labor and the Greens.

Oquist stressed that predictions were harder than usual to make because of the voting system changes and a volatile political climate.